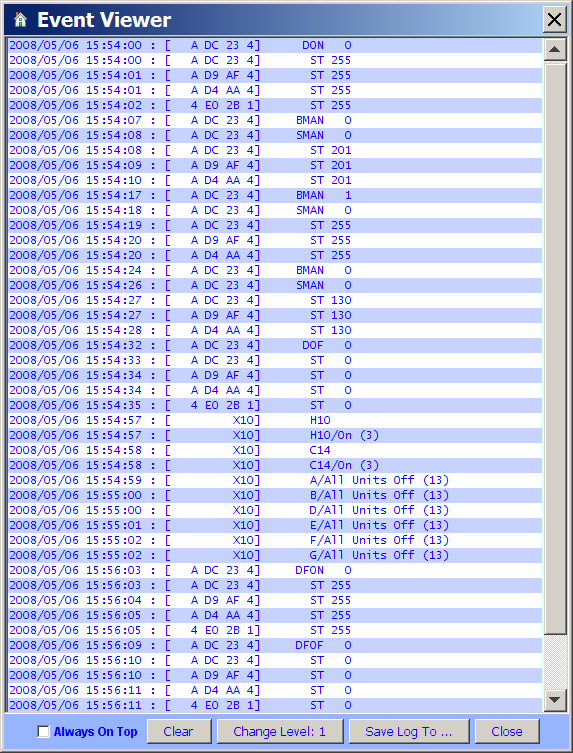 The Event Viewer window may be sized, and (in firmware 2.6.4) may be set to be Always On Top. At the bottom of the window are buttons to Clear the window, Close the window, and Save Log To ... a file. The Change Level: 1 button allows setting the display level to 0, 1 or 2. The default (when the window is opened) is 1.

The display level corresponds to the Debug level in the ISY Shell. The Event Viewer window displays the same information as is found in the Java Console, but without the necessity of telneting to ISY and using the DBG command in order to set the Debug level.

With Level 1, each event is presented on one line in the Event Viewer window. Each event line displays the following columns: the date, the time, a colon, a bracketed column containing the device's INSTEON address or the term X10, the action code, and a parameter value.

For INSTEON devices, the action code may be one of:

With Level 2, in addition to the information displayed by Level 1, the Event Viewer displays more detailed informational lines, the most important of which are: