From Universal Devices, Inc. Wiki
Revision as of 15:06, 24 December 2019 by Mkohanim (talk | contribs) (→‎First Every Bootup Sequence)
(diff) ← Older revision | Latest revision (diff) | Newer revision → (diff)
Jump to navigation Jump to search
The printable version is no longer supported and may have rendering errors. Please update your browser bookmarks and please use the default browser print function instead.

Welcome to our Polisy corner: your one place for anything Polisy!

Installation is quite easy - Connect one of the included Cat5e cable to Polisy’s Network Port and to your network hub. You must use the port that’s closest to the right most edge of Polisy when the front of Polisy is facing you. Note: the network must initially be DHCP enabled - If you have the PRO version, attach the included antennas to the back of the unit - Connect the power supply Note: once Polisy is up and running, it will automatically look for your ISY on the network. As such, it's best to make sure your Polisy and your ISY are on the same network.

If this is Polisy's first bootup, please be patient as polisy will go through an initial sequence of lights and sounds while it prepares itself for you. This process might take up to 2 minutes:

If you have a modern router, Polisy advertises itself as polisy on your network. As such, and in most cases, simply open your browser to https://polisy. You will be prompted with a security warning by your browser because polisy uses a self-signed certificate. Please ignore the warning. 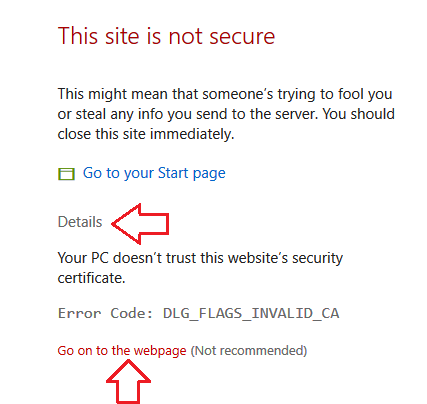 You are then presented with the login screen. The default username is admin and default password is admin. Please make sure you change your default username/password once you login. 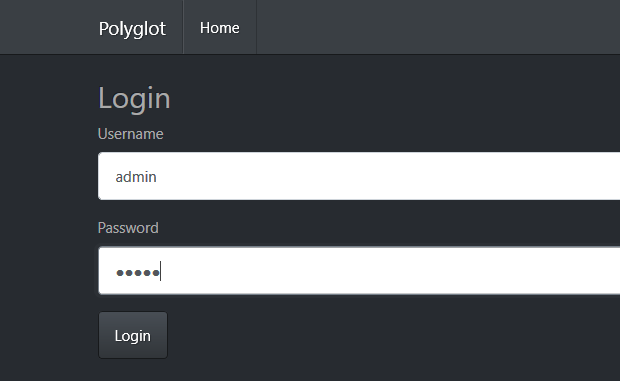 And that's it! And, since we are always improving Polisy, the first thing you should do is to check for updates (it's always good to reboot after each update): 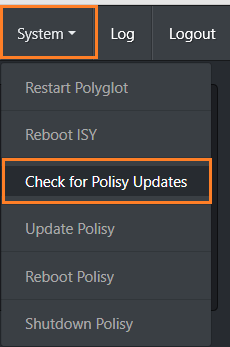 If you are having a hard time finding your Polisy using https://polisy, it's best to check your router's DHCP client list and look for a device that has the same MAC address as the one the label at the bottom of your Polisy. Polisy's MAC address starts with 00:0d:b9. 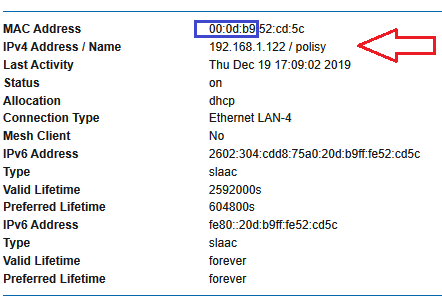 As you might already know, in ISY, everything is represented as a Node. These are things (or devices) that show up in your left navigation bar under ISY. A long time ago, these nodes were limited to INSTEON,X10/A10, Z-Wave, and Zigbee. Basically protocols for which ISY had native support. We designed and developed node servers so that developers could integrate their things into ISY as nodes. And, hence, Node Servers: they serve nodes to ISY.

These nodes can be anything. They can be representing real devices in the world such as Ring, Tesla, WiFi light bulbs, Ecobee .. or they could be completely virtual such as calendars and climate services. Once a node is represented in ISY, then the whole ISY event based and programming environment are available to it. In short, Node Servers allow ISY to support pretty much device or thing out there.

But, where do these node servers live? Well, you have come this far, so read on ...

Node servers have to run on some computing device. And, forcing each developer to have to come up with his/her own node server from scratch would be completely detrimental to our quest. So, we designed and developed Polyglot which is a framework that allows developers to develop their node servers with ease and confidence that all the plumbing/security and communications with ISY is handled automatically.

And, of course, being geeks ourselves, we developed Polyglot to run on geeky things such as Raspberry Pi. If you are a geek and at home with ssh, ifconfig, pip, npm, and Linux system admin you will be right at home installing Polyglot on a Raspberry Pi and enjoying it.

And, here comes the punchline for those who are not geeks:

Polisy is our own shiny, beautiful, powerful hardware/OS preconfigured and optimized to run Polyglot (and other things). So, for those of you non-geeks out there, we have taken all the geekiness out of Polyglot and provided you with a ready to run box. So, now that we got you excited, let's continue with setting up and using your Polisy. 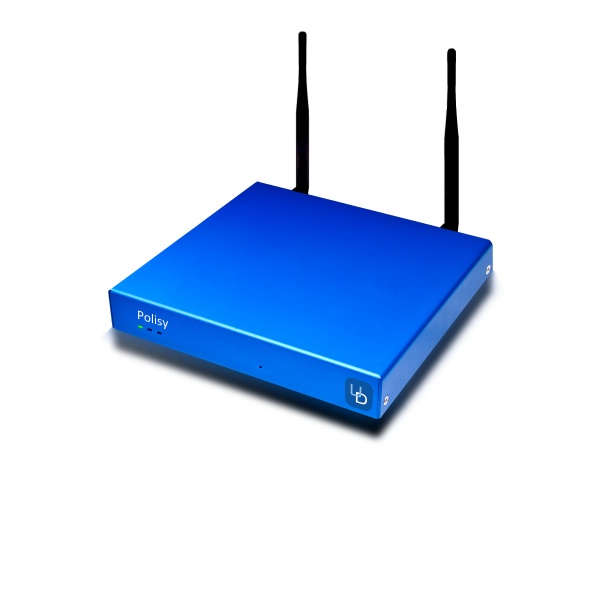 Once you have successfully logged into Polisy, you will get the Polisy Dashboard which is designed to be simple and functional. If your ISY is on the same network, Polisy will try to find it and login to it using default username/password (1 in the picture below). If ISY is not found, don't despair! You can configure Polisy with ISY's connection parameters.

If this is the first time you have logged into Polisy, and if you have the ISY Portal module, you might see ISY Portal listed as a node server. You can ignore this node server since it's not managed by Polisy. 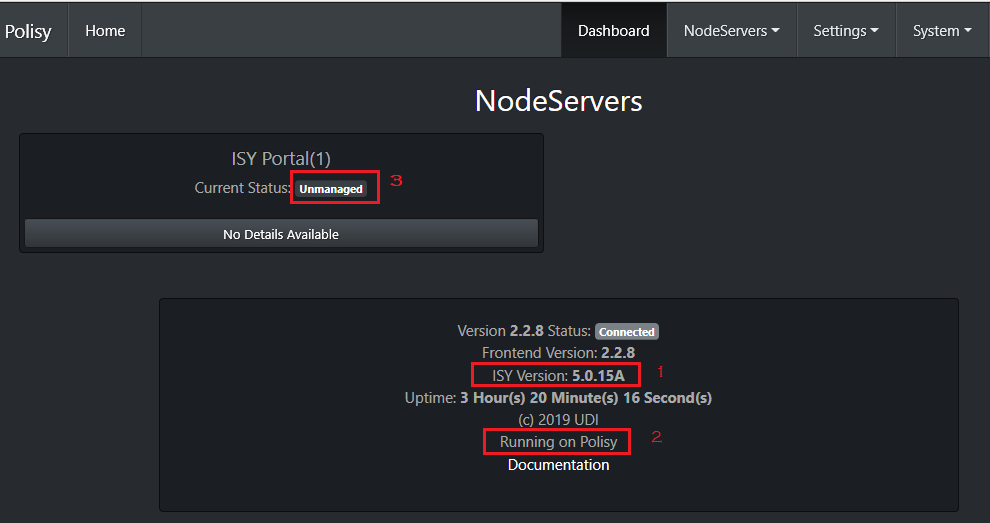 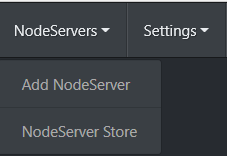 Use this menu option to install the NodeServer that you have imported into Polisy into ISY. 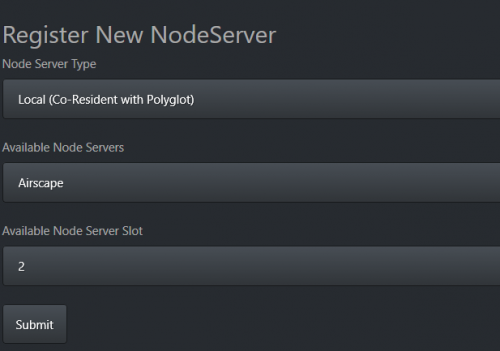 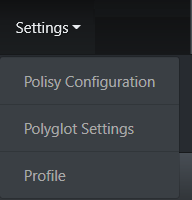 Setting menu allows you to configure Polyglot and System settings. 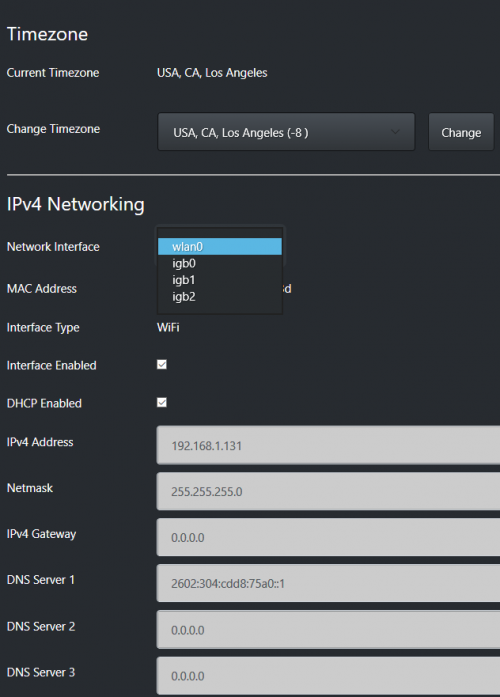 You can also configure your WiFi if you have Polisy PRO. 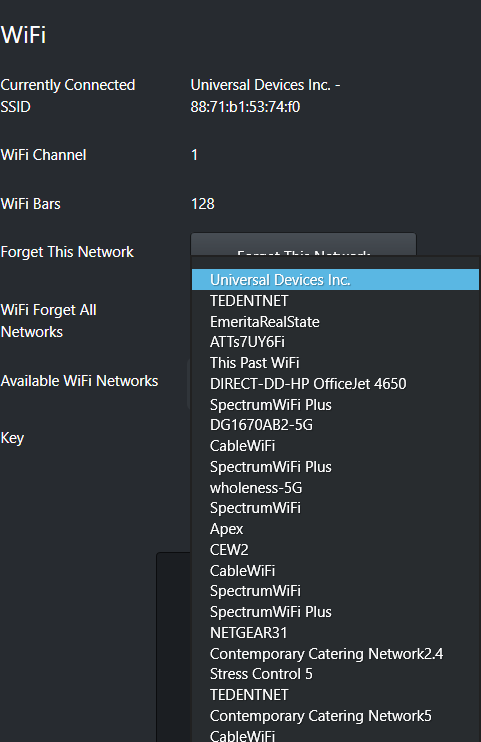 If you are not a geek, the only options in this page that are of importance are:

Yes, you can! If you have been running Polyglot on Raspberry Pi or something else, you can simply back it up and then restore it onto Polisy using these two self explanatory buttons.

If Polisy has not been able to find and commission your ISY, update this section with ISY parameters such as IP, username, and password. 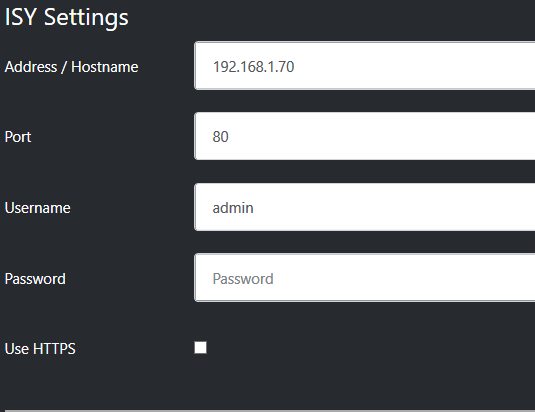 Use this menu to keep your Polisy, Polyglot, and ISY in tiptop shape! 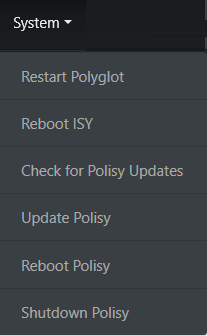 Use this menu regularly to make sure your Polisy is up to date.

Use this menu if you want to update your Polisy with the latest and greatest as reported by the previous menu.

Click the reset button through the small hole on the front